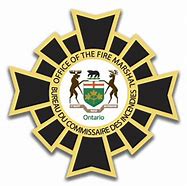 Ryan has been a tremendous member and supporter of the OMFPOA and has contributed to the development of many of our members.  The OMFPOA wishes Ryan a wonderful retirement and hope he’ll find time to continue the many friendships he has made throughout his career.

It is with mixed emotions that I announce that Ryan Betts has communicated his intent to retire from the Ontario Public Service effective October 30th.  His last day in the office will be September 1, 2020.

Ryan has been a dedicated public servant since he first joined the Ministry of Natural Resources in Temagami back in 1982.  Working as a Forest Technician, he took his love for the great outdoors and made it part of his career where he spent his summers in remote fly-in locations.

In 1984, Ryan joined the Temagami Volunteer Fire Department and moved through the ranks to hold the positions of deputy fire chief and fire chief.  He also served as a seconded instructor with the OFM and in 1995 he decided to make the OFM his permanent home for the duration of his career!

Ryan has served as an instructor at the Ontario Fire College where he was instrumental in developing curriculum to meet Ontario Provincial Fire Service Standards for a number of diploma programs.  In 1997, he became one of the first Certified Public Fire and Life Safety Educators in Ontario.  In 2005, he joined the Public Education and Media Relations section of the OFM as a Program Specialist and made the move to Sudbury.  In November 2011 he began serving as the manager of Public Education and Media Relations, but took a pause in 2014 to return to the college as the acting Academic Manager before coming back to Public Safety Education in 2015 (which at the time included pub ed from the emergency management side of our organization).  Throughout his time with our pub ed unit, Ryan has provided support to the fire service through programs, resources and initiatives to assist them in meeting their obligations under the FPPA.

I can tell you that Ryan wanted my announcement to be short and sweet.  In fact, in an email to me earlier this week he said “If you just said Ryan has been here a long time and now he is leaving, I am cool with that.”  After such a distinguished and successful career not only in the OFM but in the broader OPS, that would not be right and I think Ryan deserves congratulations for his dedication to this organization and public safety in Ontario.

Ryan is proud of his work and despite my short time with the OFM, I have known Ryan throughout my career and my time in the ministry.  Ryan prides himself on knowing that his contributions through education have made fire safety a priority in Ontario.  And on behalf of the OFM I want to express a heartfelt thanks to Ryan for everything he has done in his career and the passion for fire safety that his team will continue to carry forward.

As noted, Ryan will hang up his uniform on September 1st.  He will then enjoy time with his wife of thirty-six years and their two grown children.  But of course camping, fishing and hunting are definitely in the cards, along with being able to spend time with his one-year old granddaughter.  Perhaps she will make her way into the OFM after hearing about Ryan’s career.

Ryan we wish you all the very best as you take on this next chapter.  In a pre-COVID world there would have been cake, but once the pandemic is over and we can finally gather, we will find a way to congratulate you in person.

All the very best.

John McBeth
Director (A), Training, Certification and Public Education
Office of the Fire Marshal and Emergency Management
Ministry of the Solicitor General